March 01, 2011
Day Twenty eight - A picture from you last year, and now. What has changed since then? 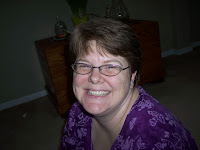 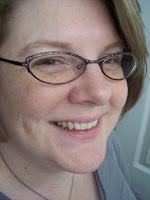 So the one on the left is from January 2010 and the one on the right is from February 2011
What has changed?  Well, I still own that shirt, I'm still wearing those glasses.  My hair is longer and some how lighter, I got my nose ring back in I lost a little weight in between, though lately I feel like it's been finding its way back onto my face.  I am now a recovered Lyme Disease victim, something I never worried about then and to be honest, I don't worry about it now.  I'm also dealing with PCOS, which before I was dealing with it, but not in a helpful way like now; it was more of a "Why is my body doing this to me?!?!?!" kind of way.  Being diagnosed and starting treatment for things tends to do that though. I got my house to a semi perpetual clean state thanks to The House That Cleans Itself

.  That was not the case last year. ﻿Hannah and I completed a years worth of schooling on a consistent basis, something that we had not done before.  And we're hopefully going to continue to do once we get done being sick and the house starts cleaning itself again.  I suffered the loss of my devoted cat, who would sleep on me and beside me and beg to be held and carried around the house while I did chores.  He was such a little sweetheart, though he never liked Hannah as much as she wanted him to.  That's probably enough reflection for now.  I am still a bit sick and could probably end up going on all day, if I haven't already done so.
﻿