August 12, 2011
I don't go shopping very often, but today we went and had a great time.  We stopped in to a consignment shop with some friends and I wanted to take the entire store home, but we ended up with just two things.

And they were only 5 bucks!  Score!
And these beauties were hanging out in a little silver dish, but I like them on my table better 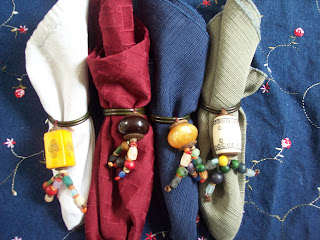 I just wish there were more of them!  And for 6 dollars, I just couldn't say no.
And then I had a coupon for JCPenney, 10 off of minimum ten dollar purchase.  Hannah found a new dress. 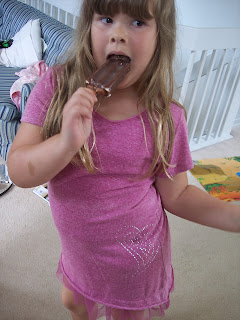 She had to pick it out herself.  I showed it to her when we first got there, but she would not even look at it.  Luckily, she found it for herself and liked it.
And I got a new pair of earrings 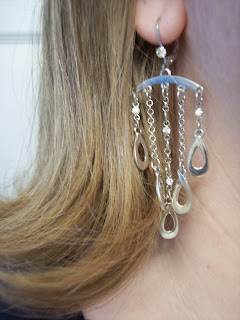 Hannah helped me pick them out.  She liked that they were long.  I like that they move a lot.
For both of those we spent a grand total of 1.12!
We bought some other things, but they are for Hannah's upcoming birthday party and the only thing remarkable about those was that they came out to an even dollar amount.
What kind of shopping finds have you had lately?﻿
﻿