Look at that beast of a comb!  When I ran across it on Amazon

, I thought "Wow, that's a lot of 5 star reviews! And nothing less than 5 stars at that.  It might be worth checking out."  I ordered it and it came in a nice tidy package that had to be destroyed with scissors to get open.  I plugged in and we gave it a whirl.  It was amazing, but I didn't want to speak too soon, what if it was a temporary fluke.  Well, it's been a few weeks now and it's still amazing.  I love it, Hannah loves it, Joel thinks it's pretty neat and the cat, well, she could care less.
The only times we've had an "OW!" are when we've accidentally caught her ear (she did that to me and let me tell you it really hurts) and when I stumbled across a piece of gum in her hair.  We are still using detangler, because Hannah has what I think they call fly away hair.  It's thick, but it will be just as knotty at the end of the day as it is at the beginning.  I did take some pictures for you.  They aren't the best, I took them on the fly one morning, because I knew that I wanted to share with you all, but kept seeing the opportunity to snag a picture run by me.  So here they are... 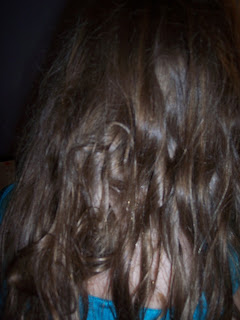 This is the before.  I swear to you, the girl woke up and this is what it looked like, just from sleeping on it.  I didn't do anything to it prior to this picture.  You can see the amount of work ahead of us. 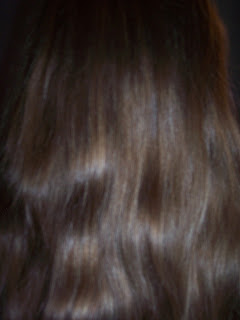 And the after!  It used to take us about ten to fifteen minutes with whining the entire time. Now it's under five and no whining unless there is an ear incident.  Which there did happen to be this morning and why I didn't get a picture of Hannah's beautiful face.
﻿
Go and get your own Tangle Tamer

!  It may very well be the best purchase you make all year!