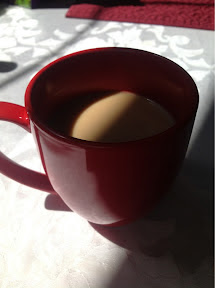 Grab a cup of coffee, I want to tell you a little something that you probably don't want to hear.

Do you remember that story of the Little Red Hen? She asked all the animals if they could help her with some pretty mundane tasks like planting seed, harvesting wheat, grinding flour, and making some dough. Over and over again she got a pretty emphatic "Not I!" But then she had something amazing and everyone wanted a piece of it. And she wouldn't share it with them.

It's a pretty harsh story for little folks, but I think it does make a pretty good point. Some work isn't fun, but it would be nice if others joined you in it.

This past year, I've had some pretty mundane work in front of me: I had to start exercising and I had to change what foods I eat. Neither of those sound like a lot of fun. When I've asked people to join me in the work, I've gotten some "Not I!"s. I was fortunate to receive a couple of "I guess so"s along the way, too.

Here's the thing I want to let you know about, when it comes to taking care of yourself, you're going to get a couple people that will be adamant in their "Not I"s that will want to partake in your something amazing. But at that point, it's too late. Even if you want to share good health with others, you can't just give them a new body. Here's something you can do, invite them for the mundane over and over again. Good health isn't a landing place. You don't just show up there one day and find that you're set for life. It's a constant choice of continuing on in the midst of "Not I"s, especially when it's your own body asking to sit this one out.

You can change the landscape of your health, but you have to be willing to do the work. Don't wait for others to join you, don't wait until your body feels up to it. If you don't help plant the seed today, you'll never get to the place where bread will be an option. Seeds are small and that's how all big changes start. Do something today that will benefit your tomorrows. Be the little red hen! 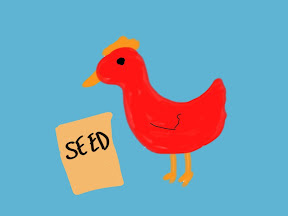