The Southern Foodie by Chris Chamberlain

A couple of years ago, I had to go on a cookbook hiatus. We had too many, they were taking over. But The Southern Foodie, I rationalized was not just a cook book, but a travel log as well.

The idea behind The Southern Foodie is captured in the subtitle:  100 places to eat in the South before you die (and the recipe that made them famous). The book is divided by state and then each restaurant has a bio that explains not only what they serve, but a little of their history and what makes them great. There are recipes and pictures of the various ones through out.

We picked two for the purpose of review. And I want you to know that I also checked with my Southern friends and family to make sure that these restaurants were the real deal. Considering that we chose two from extremely small towns and both were known, I'm taking that to mean that the rest are going to be winners as well.

We made The Crown's Pavlova from The Crown in Town Restaurant in Indianola, MS. Even though it looked nothing like the picture, the entire family enjoyed every single morsel. It was a great dessert that came together easily with no specialty items. Which are key notions for most Southern cooking.

We also made Hattie Mae's Tomato Pie from Grits and Groceries in Belton, SC with homegrown tomatoes! It was delicious! I would eat it again, but I'm out of mayo. I'm also told that this restaurant isn't in Belton, but that's the closest land mark.

Overall, it's a great addition to our recipe library. If you want to take a trip through the South in your kitchen, this would be a great itinerary.

And since it's the end of tomato season here, I know that some of you need something to do with them, I'm going to share the recipe with you!! 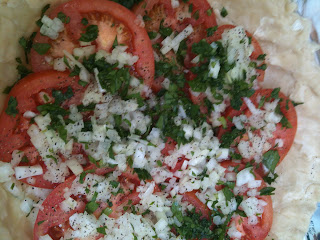 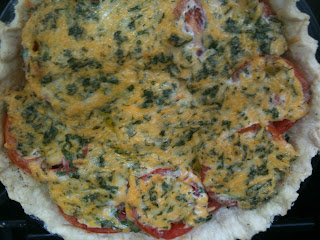 If you make it, let me know what you think!!


Disclosure of Material Connection: I received this book free from the publisher through the BookSneeze®.com