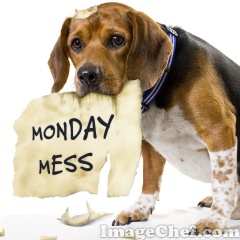 Last summer, I got some new sock yarn and a big ol' book of sock patterns, toe-up sock patterns to be exact. They were all so pretty. I immediately finished the socks I was making and cast on two new socks. I was going to town, happy as could be, my socks were just zooming along and both were in the same place so I knew that when I got one done, the other would be done, too. Well, then I hit the heal. And let me tell you, I thought that traditional socks heals were difficult, this stuff brought me to a stand still.

Here they are, my little work in progress 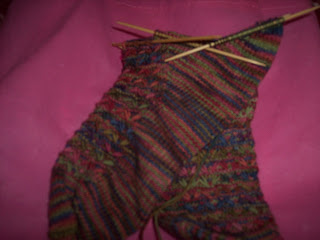 Aren't they pretty. I love the little v's on them. But here's the problem, you're looking at about two weeks worth of work and they have been sitting in the bag ever since! I tried to google for help, I read the directions over and over again, searched for information, etc etc. But they just sat there, going no where. 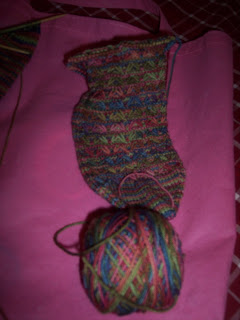 That's right, I frogged both of my socks. Because the truth in a work in progress implies that there is work and progress, I was getting neither accomplished, so instead it was a tidy little mess that I kept moving around trying to figure out what I was going to do with them and where they should live until I decided.

I've been doing that with a lot of things lately. If the work and the progress haven't been coinciding, then they have been moving out or being re-purposed. I just did this with my fabric. I have given myself a year and if there is no work and no progress on the projects that are sitting in those tidy tubes I have stashed around my home, then they will be moving on to greener pastures. I'm excited though, because that means that I have this waiting for me... 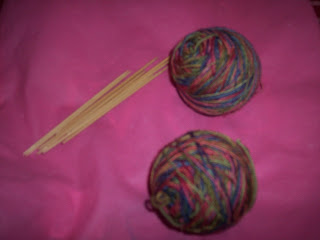 Two sets of needles, two balls of yarn and a whole bunch of potential.

What messes have you been putting off dealing with?