April 09, 2014
I think it was the end of 2012 when I agreed to knit a hat for someone. I probably cast on that very same day. I did not get far. It was a yarn I had used before, a simple pattern I've made a couple times, my favorite needles. It should have knit up pretty quick. Instead it just sat. I'm going to blame the yarn. It just wasn't meant to be a hat. I finally went and bought some new yarn yesterday and within hours, I was further along in the project than I had made it in over a year.
Sometimes, when WIPs stall out, it's time to rethink the why, the what, the how, the everything. Sometimes I just let someone else have my half finished project, sometimes I deconstruct and repurpose, sometimes I push through and get it done. It's important for me to remember that a stall isn't always a definitive no, sometimes it's just a not now.
Here's my latest wip, in case you were curious. 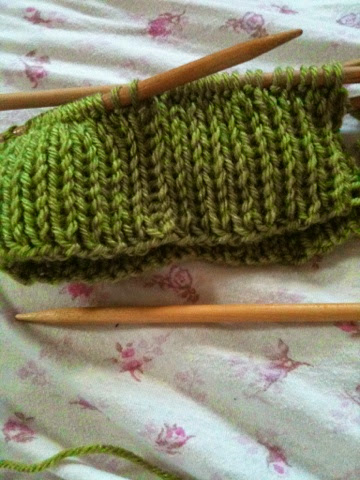 July 31, 2017
We finish up our study on James with some encouraging words about prayer and standing in the gap. Study Questions Week 10 When you don't feel like yourself, what is generally your first response? Do you start with prayer, rest, food, lashing out at others?  When you encounter others that are not acting like themselves what is your initial thought? How do you think your relationships would be different if you began those interactions with prayers? Prayers for understanding for yourself and peace for the other person? When you are happy, do you ever try to keep it to yourself because you don't want to celebrate while others around you are struggling? Can focusing our happiness towards God with praise and worship change how we view sharing those moments?  God is the source of every good and perfect gift (James 1:17). How can this verse help shape your worship and praise?  Take some time this week to praise God for some good gifts, which are present even
Post a Comment
Read more