Free for a Limited Time 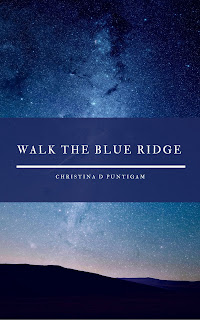 I wish that we could just sit down with a cuppa and talk about this book. First of all, go right away and get your copy while it's still free on Amazon! http://amzn.to/2B0EHGt (offer good November 19-23, 2017). If you have Amazon Prime or Unlimited, it's always free and if you buy the print edition, you should get the e-version for free.

This book has had a lot of years in the making. In 2008, our beloved Mari was working in New York and one evening as we were talking to her she said that her work situation was living in a house of eight Nates. Nate is our brother, there's a whole family history there but the words sparked an idea in me. Later that year, after fangirling over the idea of the National Novel Writing Month, I signed up to give it a try. With some tips and tricks and lots of meal-less nights, this story was born. It's had several names, the main characters have had several names but at the end of the day, the story is the same. Sometimes we get lost and there is someone there to find us.

How did it end up with this final title? Well, one day I was praying with God about this story and the idea popped into my head. In addition to Alex and Patrick actually hiking in the Blue Ridge mountains, it's also a metaphor for depression. When we suffer from depression, it's like walking the ridge and there's a very real possibility that we can fall at any time. Life is a very delicate balancing act in general, even more so if we're suffering from depression. The story isn't really about that hiking trip, it's about Alex navigating the blue ridge that he finds himself on as a young man.

This story has been one of persistence without exception for me. After writing the story for NaNoWriMo, it sat. It sat for quite awhile. Until 2012, when after having completed NaNoWriMo again, I had the opportunity to get some free print copies of a novel. I brushed it off, did a quick edit and sent it to the presses. It's been on Amazon since that time. There was one lonely review that stated it was a good story but it needed editing. I knew that, she knew that, and now everyone that read the reviews would know it. But still, it sat. This year, the story kept coming back to me time and time again. I told folks that I needed an editor, but then I realized what I really needed was some readers. I knew deep in my soul that this book is a story from within me that I want to share with the world.

And so I made myself sit down and edit the darn thing once again, gave it a new cover, created another print edition and now here it is. I've done what I've can. I've created the best I can where I am today and I release it out into the world. I hope that Alex's story finds its way to those that need it.

PS If you ever want to have a cuppa and talk, I'm here! Have internet, will chat! Don't walk your blue ridge alone.