Saturday: Lies I tell myself 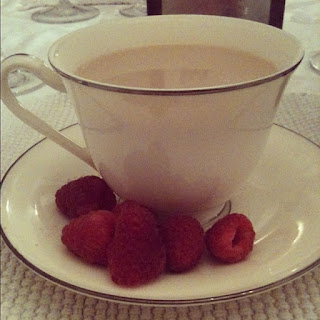 You know what? Halloween was tough on me. I love little snack size bars of candy. I ate some, every day for about a week. I think I'm done with them now. But still, I thought for sure that I was going to end up in a pile of discarded wrappers, bemoaning the fact that I had gained ten pounds from eating miniature candies. It's tough stuff.
I wanted to weigh myself. I like to do that about once a week, sometimes twice depending on how many scales I run into in a week and who's around at the time. My official scale is our Wii Fit scale. I like it because it keeps track of not only my BMI, but it also keeps track of my weight, so that I can see them in a graph and see how far I've come. But I also like to jump on a scale at church about once a month to see how things are going on a traditional scale. But then there is a scale at the library (I asked why one time, they said that someone donated it and they just decided to put it outside the bathrooms on the youth level as a form of "reference tool") and there's a scale at the hands on museum, I hate that one because it always lets me know that I weigh as much as a cow. No it really does tell you how big you are compared to something in nature, and let me tell you, I does not increase self worth to know that you weigh as much as a pregnant panda.
So this last week or so, I was at church and I walked into the room that had the scale in it. It's in a closet in a locked room. I had to unlock the room for something else and then I walked over to the closet and there was a ton of junk right in front of it. My brain started figuring out what I was going to move and where I was going to put my foot to get to this scale, to see exactly how much I've gained from eating all the Halloween candy that I've been eating and then hating myself for eating, because I know that each one is a little death pill, but honestly, all I was thinking was "Snickers are supposed to be low glycemic index" which I'm pretty sure my brain knows is a lie that the internet created to get some candy while being insulin resistant. And then I felt this really strong sense of "Step away from the scale." And then I felt like I should just stay away from all the scales that I know and have a love hate relationship with for the next month. A WHOLE MONTH! Seriously, this is a fast situation for me! I use those numbers to tell me whether or not I'm a good person, following my healthy eating or not. And as soon as I said that I thought, "Oh, that's a lie." I don't need those numbers to tell me. I know darn good and well when I've been eating things that are bad for me. I don't affirmation from a gadget that measures the amount of poundage I've got on me.
So, I'm fasting from the scale. And I'm dealing with a whole bunch of stuff that it brings up and I just want to be a better me, you know, the one God created me to be. And so I take all these thoughts that come up about my weight and about my diet and I hold them up to God and ask him to help me out.
And here's the other things about this fast. I keep praying over and over again "Let me see me as you see me." So far, it's been pretty enlightening. Because finally, I can see that I've been beautiful, even when I was fat, and even when I thought I was fat before, which was when I wasn't actually as fat as I would one day be, but instead about what I am now, which before I went on the scale fast, I was pretty content to sabotage my diet to remain in this spot physically. But instead, God has also shown me that there are improvements that can be made to my body and that they will be good for me and I will be able to accomplish them.

Last night, I had what you see in the picture above for dessert, with a little cookie. It was so much more beautiful than they handful of trash that I had been eating before. I'm thankful that God provides me ways to stand up under temptation and to cast off that which so easily entangles. God is good all the time.