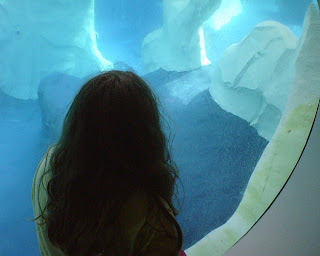 Nine years ago today, I met one of the most amazing people the world has ever known. She asked to hear the story of the day she was born. There are a few things I remember pretty vividly, one of which is that I had no idea what to say to her when they placed her in my arms. For nine months, she had been growing inside me, with me having no clue as to whether she was a boy or a girl. All I did know was that she was active, constantly moving, so much so that I wasn't sure if I would be able to get use to her not being inside me playing soccer once she was born. So any way, she took her breath, was announced as a girl and all I could think to say as she lay there in my arms was "Hello, Hannah." It was the start of something amazing. Nine years later, as I put her to bed, I'm just so thankful that she is a part of my life and I will cherish every moment that we have together, even the ones when I think "Is this the same kid that was here a few moments ago?" She is a miracle. We didn't know how much of a miracle she was when she was born, but after nine years of infertility, it is safe to say that God created this special girl, just for us and then He has a plan for her life and for ours. It's hard to believe that she's half way through with her childhood and that it's her last year in the single digits. Time goes by way too quickly sometimes.